In April of 2006, I was a carpenter turned historic restoration contractor in search of self-realization and emotional healing. Without any solid information on the Doreen Virtue Angel Therapy event curriculum, a beach ceremony where we would cast all of our problems into the fire was what eventually drew me to Dana Point, California. Imagine my surprise when I walked into a room filled with 444 participants (all but 25 were women), 50 staff members, and Dr. Virtue, for a week of giving angel readings. Who me? (lol) 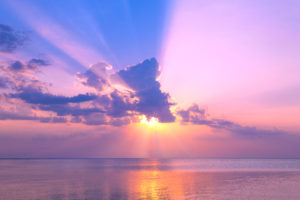 The events of that week were some of the most transformative of my life. The veil lowered long enough for me to suspend some staunch long-held beliefs, as I experienced the light beings known as angels. It was more than a feeling or some kind of dream that I had awakened from. The truth of my life and the basis of my existence shined through the darkness to bring a clarity that guaranteed life would never be the same.

As I began to maneuver the experiences of that week, I felt like a fish out of water! Luckily, I had managed to book a week at a condo with beach access. Most mornings and every night, I spent as much time as I could on the beach. After spending so much time out of my body during the day, I felt like a drunken bum wandering the beach each night (lol). The hours spent in the energy of the event had quite the lasting effect. I traveled alone and stayed by myself that week, which did lead to an immersion into the energy of the angelic realms.

We did a variety of readings and probably more than twenty over a course of the week, covering a variety of topics including health, love, relationships, career, and the future. Each time I was asked to give a reading, I would have to close my eyes in order to concentrate my efforts on using my gifts while sitting in the giant hotel ballroom. Every time I would open my eyes to the person sitting across from me, I found them in tears from my angel reading. At first it was a little uncomfortable, but as the week wore on I became more confident with the way my gifts were unfolding to create such an emotional response.

One moment that remains eternally etched in my mind, came when Doreen was preparing us for a health reading. At first, there seemed to be a shadow cast behind her as she stood on stage. I tried to ignore what was appearing on that stage, but couldn’t look away from the emerald green ball of light that started to grow larger and brighter. The image eventually took all of my attention, finding myself unable to look at or even hear Doreen as she spoke. Out of the green light, the image took a human form, like a large man standing directly behind her, but with two giant white wings! Right up against her back and standing at least ten feet tall, was the Archangel Raphael. I’d never seen such a sight! The vibration in the room could be felt as the energy lifted to a whole new level.

The week was filled with experiences like this as we worked to communicate with Archangel Raphael and Archangel Michael. My walks on the beach late at night brought many connected moments with the archangels. Whether they were real or imagined didn’t matter, for I was 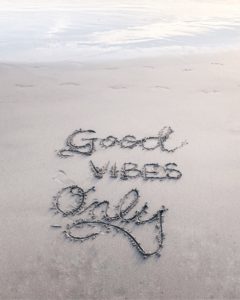 able to see several inescapable truths about the reality of my life. It was challenging and beautiful, hard and kind, loving and tearful. I often return in my mind to that transformative week.

Part of my discovery was that Archangels and Ascended Masters are archetypes that can help create a type of hyper focus. Learning about the Archangels and the various Ascended Masters, I discovered that each one had a duty or specialty. When there is a need for any type of action that required focus in a specific area, I now know who to call upon.

Archangels and Ascended Masters as spiritual partners, has become part of my strength in the spiritual arts. The desire to be in service, along with the information channeled from high-vibrational beings, can create the ability to turn knowledge into wisdom to create a rewarding act beyond measure. No words can adequately describe an encounter with an archangel, but the willingness to learn the language of the spiritual realms carries several benefits. I try to use that language whenever the circumstances demand an intelligence and love beyond my own capacity, or when service calls.

It all began with one experience with an Archangel and grew from there. Anyone can experience the same thing and for those with a desire to grow their intuitive skills, learning to communicate with the Archangels will greatly boost the energy of spiritual vibrations. The foundation of learning with the IEL Institute for the Spiritual Arts becomes fortified with the ability to see, hear, feel, or channel an Archangel or Ascended Master.

Here is another article about Archangels from our friends at https://www.alittlesparkofjoy.com/archangels/

Click Here for an online course description of the 1.2 Archangels & Ascended Masters.

Gain immediate access to this training and our entire training curriculum!
Curated content for members only, forums, and
joining a community of like-minded individuals.