When my phone blew up this week over the sexual assault charges in Brazil, I wasn’t surprised. John of God, the Brazilian healer, is now facing charges from several hundred women who say he took advantage of them during their stay at the ‘Casa’. Over the years, I had heard this was occurring with some who ended up behind closed doors with the self-proclaimed healer. Made famous by Oprah Winfrey in 2013, she 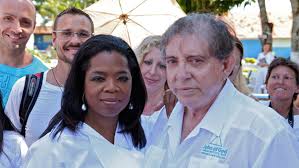 featured him on her show after her visit to the Casa (where John of God practices healing) in 2012. That episode has been removed from Youtube in the last few days. Oprah has since stated, “I empathize with the women now coming forward and hope justice is served.”

John of God has reportedly helped thousand of people, with some reporting miraculous healing. Since those included the family members of heads of state in Brazil, the belief by many was that Joao Teixeira de Faria, 76, would never be held accountable. Police are investigating complaints by more than 450 women saying that Faria forced them into sex acts under the cloak of curing them. The flood of accusations followed allegations from a dozen women late last week to Brazilian outlets Globo TV and O Globo newspaper. One of the women who spoke to Globo TV, a Dutch choreographer named Zahira Lieneke Mous, said Faria had raped her. 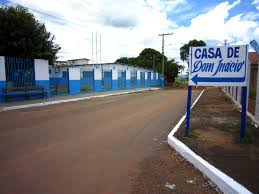 ople travel to the small town of Abadiania, where Faria’s centre is located. The steady flow of seekers offer an important revenue source for Abadiania, a tiny rural town of 15,000 inhabitants. There were fears from locals their resources could dry up if Faria was forced to remove himself from the Casa. Faria strongly denies the accusations, and many of his followers believe he’s innocent.

The Danger of Channeling Entities 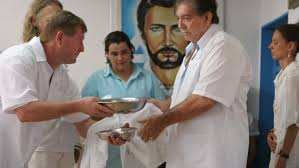 perform his healings. Some of those entities are the deceased spirits of doctors, which enables him to channel information about medical treatments without formal training. He is often seen physically removing cancerous growths from those who are seriously ill. Many have expressed receiving a miracle healing while at the Casa.

The inherent danger of working with entities is the possibility of experiencing blackouts. With a discarnate spirit attached to your energy, one of the symptoms is the unhealthy focus or addiction to sex. This is one of the major issues with a spirit attachment, so it’s possible he is unaware of his actions during some channeling sessions. I was once 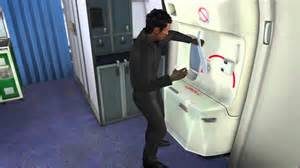 working with a client who had a spirit attachment. During a routine flight from Michigan to Austin, he experience a total blackout. When he came back to full awareness, there was a Marine in the seat next to him. The Marine just happened to be on the flight and was asked to guard my client. When the plane landed, Homeland Security boarded and took him into custody. He asked the officials what he had done, and my client was informed that he had tried to open the outer door to the airplane at 30,000 feet! There was no defense that would include an entity takeover, and he was forced to take full responsibility, despite the total lack of memory with regard to his actions.

This is a common experience that occurs more frequently than most want to acknowledge. If you look around at the violence and sexual assaults perpetuated by people who never showed any of those tendencies, it’s easy to understand. Some people charged with heinous crimes have to be told what they have done.

One of the reasons I have a connection to John of God is due to the crystal bed. In 2006, I was interested in getting my own John of God 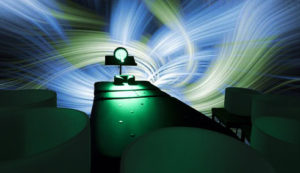 crystal bed. My guidance was a ‘no’ to that, which was puzzling to me. I was encouraged to design and build my own crystal bed. I did just that and have been using the device ever since. Having my own crystal bed has led to building light tables for others. We have received hundreds of inquiries related to those seeking to understand the difference between the two crystal beds.

The other thing that has been a frequent source of connection, is those who travel to Brazil from the US in order to compare crystal beds. Over the years, I have received praise for inventing what some maintain is a

My response was to assure my concerned friends and clients that John of God had simply received the same message from spirit that I had. I didn’t feel that anyone with a name like John of God needed to steal anything from little ole me. It’s true I had been in contact with his crystal bed manufacturer here in the states when first interested in a crystal bed. My view was there was plenty of room for crystal beds to be designed in a variety of ways, so not to worry about similarities.

Entities at the Casa

It stands to reason that if entities are being called to perform healing work, any entity could answer the invitation. One of the great features of the Forsyth Crystal Light Tables, is an additional element that has been proven to clear entities. As it turns out, many started coming to me after their visit to the Casa for entity clearing. The majority of those who travel to the Casa, have indeed picked up an attachment through the 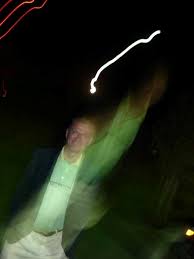 process. People have even brought back photos of the multitude of entities that occupy the Casa. In all fairness, there can be a healing aspect of entity attachments. Who would ever want to send away their grandmother who had died and is simply trying to help by connecting a little too close (tee hee). I don’t subscribe to the malicious attacks from entities that some people build their story around. Entity attachments can influence disharmony and illness, but that is due to the nature of the chaotic energy and rarely an intentional attack.

Many empathic people have given first hand accounts regarding their experiences with entities at the Casa. Some saw it as exciting and beneficial to their healing. Others chose to avoid the areas with the most spirit energy, such as the rooms filled with crystal beds. I may have become accustomed to seeing clients with spiritual attachments. The other thing about me is that I hold no fear of spirits or entities in the non-physical dimensions. Either way, my experience is one that has a

focus on finding the love and lesson in every challenge, which may account for my transition into the field of study known as Ontology.

John of God Crystal Bed Practitioners are large in numbers in the United States. Many have contacted me to discuss Crystal Bed Therapy. Some have expressed extreme challenges with operating their crystal beds. 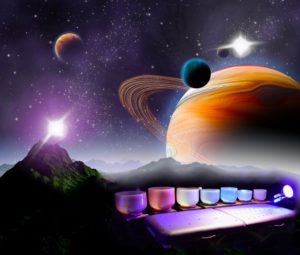 Usually the issue has been with entities, emotional energy released in a space, or a lack of skills and training. Like those who are attuned and given the title of Reiki Master in as little as 15 minutes, owning a crystal bed can feed the illusion of being an instant master healer. Whether it’s healing or any form of art, it takes 10 years of dedicated effort to master anything. The novice healer can get into trouble easily, so many John of God crystal bed owners have told me their device went into the closet and stayed there after a harsh experience.

The issue of integrity is the main reason I felt compelled to create a thorough training program to compliment any sale of a crystal bed. That effort took years to develop, but comes with a degree of satisfaction to be able to offer free training with every purchase. Working with energetic issues of the soul can be a daunting task. My need is to feel clear about the process before I attempt to approach such a beautiful partnership 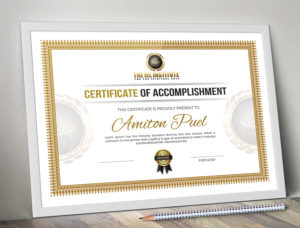 and an invitation to be in service to another human being.

After seeing 7-900 people a year for five years in a row, I felt like it was just the beginning of a deep understanding of human energy. I can hardly imagine offering Crystal Bed Therapy without that deep understanding. Many John of God crystal bed operators leave the room during treatment, which could limit any negative experience. The karma that comes from the leader of a group will be the future challenge for these operators.

The Seductive Nature of Healing Power

The power to help another person on their healing journey is extremely seductive. The sacred nature of the relationship between two people who journey the spirit world together, can easily influence the relationship. Clients often fall in love with their therapist, so transfer of emotions is even more distinct with a healer who seems to possess supernatural powers. Early in my journey, the wise voice of an angel told me “lose your integrity and you will lose everything”. I took that wisdom to heart and have established a healing protocol that does not require touching. The crystal bed I invented is a Reiki crystal grid that surrounds the body, which limits any possibility of any unhealthy transfer that would stem from direct contact.

In over a decade, I have seen some of the greatest healers and religious leaders fall under the weight of their own power. Spiritual cult leaders like Andreas (sometimes referred to as Michael) was the center of controversy that led to the movie called Holy Hell. Prakashanand 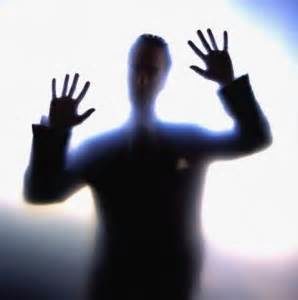 Saraswati was the leader of the Barsana Dham ashram before fleeing the country just prior to being convicted of sexual abuse. There are many clients who have come into my space with allegations of sexual misconduct against their group leader, who has never been formally charged. You can look no further than the Catholic Church to find widespread sexual misconduct. Seeing allegations with John of God saddens me, but that sadness started with accounts of inappropriate behavior before the allegations became public.

The lesson is to never give your power away. Everyone has a natural ability to heal, and some people have skills that provide a beneficial influence in the process of healing. The seductive power of a great leader, should never be confused with the healing power of love. 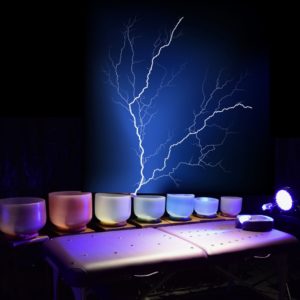