This is a frequent question from those seeking to purchase their first crystal wand. Personally, I chose my first crystal healing wand in 2006. I decided on an Angel Cut (see image), mainly since I had just been certified as an Angel Therapist. This was not technically considered a Vogel wand, but was a design created by a skilled Vogel cutter. My first experience was amazing as I programmed and charged the crystal, then watching as water began to form on the outer skin. The wand became an integral part of my healing arsenal and is still my ‘go to’ for personal and professional use. A large investment for the time, the crystal wand has more than doubled in value since acquiring the energy device.

What many people don’t realize is that natural crystals are programmed for the immediate environment and conditions under which they formed for centuries. A raw crystal doesn’t move energy, but once it is cut to deliver the maximum amount of energy and programmed for the 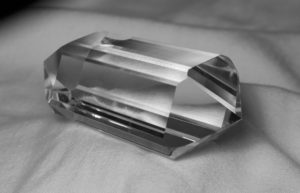 intended purpose, it becomes an amazing delivery device. There are many misconceptions in the crystal world, such as clearing the crystal by immersing in salt water. This depletes and discharges all the energy from the crystal. Placing in the Sun for more than few minutes, started to damage the exterior skin of the crystal. Failing to clear the old programming, prints the crystal from moving energy in the body.

The Vogel wand is becoming more desirable while the wands are becoming less available. The reason is there are less Vogel cutters that trained or worked with Dr Vogel since his death in 1991. In addition, the true electronics grade crystals are increasing difficult to procure. Unfortunately, the Vogel name is often used as a marketing ploy to draw unsuspecting buyers who are seeking to own these unique energy healing instruments. The same holds true for Lemurian crystals. With only one Lemurian crystal mine in the world, there is little chance of coming into contact or owning a true Lemurian crystal.

What is a Vogel-Cut© Crystal?

Some would describe a Vogel-Cut© crystal, as a natural quartz crystal that is cut with the appropriate care necessary to assure the Universal 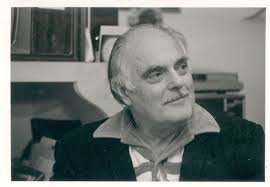 Life Force is attracted, amplified, and transmitted properly. Essentially, the literature tells us that a properly cut crystal takes in energy at the receptive end, and amplifies that the energy as it circulates around the inside of the crystal walls. The life-force energy hits the internal sides of the polished facets as it revolves, before being transmitted through the focal end. with delivery. In order to qualify as a true Vogel wand, it must meet the following criteria:

Crystal cutters trained in the art of making these exacting hand cuts, are a vanishing breed. Cutters that Marcel trained have made their mark in 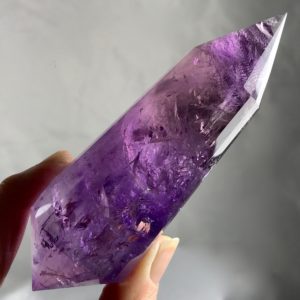 the world, by taking his cutting technology to the next level. The Vogel cutters have used their skills to develop unique designs like the Angel Cut, Vision Quest, Unconditional Love, and others that would be considered ‘Vogel inspired’ or ‘Vogel style’.

Some might argue that Marcel Vogel has passed and there is no longer any such thing as a true Vogel-Cut©. The term Vogel-Cut© has been misused an abused by those who lack knowledge or integrity. It is surprising how many crystal dealers and rock shops will show you a Vogel wand that has no qualities of a Vogel, and cannot match the vibrations in any way. Once you have worked with true Vogel-Cut© crystal you cannot mistake the energy, the vibration, and the beauty of a crystal cut by a lapidary artist that has the skills to create a true Vogel-Cut© masterpiece. Many artists that worked with Marcel developed their own cuts that could not technically qualify as a true Vogel-Cut© crystal, yet may represent an improvement in the way crystals are designed to bring greater flow of energy and balance to human energy systems.

One has to ask themselves, where would Marcel have taken the technology of crystal cutting if he were still here today? How would he feel about the new style of cutting, and would he happily endorse such cuts under his supervision? These are questions posed in my conversations with Lawrence Stoller, who had his own experiences with a Vogel-Cut© crystal, but developed his own self-taught methods of cutting and polishing the crystal. His approach is quite different, in that he tries to maintain natural features of the crystal. Lawrence has a unique relationship with crystals. Lawrence communicates the crystal’s desire for transformation, which is then reflected in his creations.

Lawrence has become a world renown lapidary artist that was once told by the geologist at MIT, that they had never seen certain features inside the crystal until they came across a Stoller cut and polish creation. This is mainly due to the high level of clarity achieved in a Lawrence Stoller polish. By maintaining a certain level of the natural features of the crystal, the energy movement may be more powerful in some ways than a traditional Vogel-Cut©.

In his own words Lawrence Stoller writes: 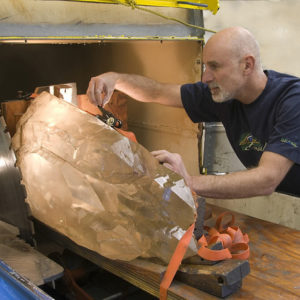 We begin a relationship, the crystal and I, committing to the work of finding its highest expression. Before we begin working, I connect by touching and exploring, examining the history of its worn and broken surfaces peeking inside where its beauty lies still. I admire it. The inspiration is combustible. We agree about the work to be done, and I envision a blueprint of its potential form. I won’t make a cut until I feel a “yes” fill my body, clearing me to proceed. To change the state a stone has been in for millions of years can be daunting, yet also serious fun. It is my task to elicit beauty from matter. The crystal trusts me. Beauty is a primal force, emanating from, and amplified by, the crystal. I focus on activating the flow and force of beauty.

I was fortunate to connect with Lawrence Stoller before before Beckie and I traveled to Sisters, Oregon to attend his crystal cutting workshop. The experience gave us a true appreciation for the skills it takes to cut a crystal. His unique approach was evident with the first solar crystal I purchased (see image). It seemed like such a different animal than my Vogel, with on face policed as a natural facet of the crystal. The delivery of energy was quite different than any crystal I had ever worked with.

So which crystal wand is best?

One of my first clients to experience the Stoller crystal on the light table was an eleven-year-old girl . She was a regular client who had experienced Vogel crystals in previous sessions. When she got up from the table, I asked her what she thought about the effects of the Stoller crystal. She made a motion like an umpire calling a baseball player safe after a slide into second base as she exclaimed “Smooooth”. That was probably the most accurate description from the innocence of a child.

Beckie and I are fortunate to have developed a relationship with several of the world’s greatest lapidary artist. Some, like Drew Tousley, were cutting for Marcel Vogel to help fund Psychic Research Inc. When the crystal is cut to specifications communicated from the crystal, the energy movement is not forced to take any form. The result is a more

natural and perhaps a less restricted flow of energy. My theory is the methods and care used to cut the crystal, the intention of the user, and the connection to divinity, will most likely be the factors that determine the strength and power of the crystal itself. The other issue is learning to use the crystals and with discernment and wisdom. Like any other activity in life, it’s possible to do more harm than good with a powerful energy device, so one must learn their position in another person’s journey

My advice is to choose the crystal that draws you near, and try to avoid any limited thinking due to an overused marketing term. Experience tells me that one fine-cut crystal wand created by a true lapidary artist, is not necessarily better than the other. Choosing a crystal wand is best left to the intuitive wisdom of the heart. I use both Vogel wand and Stoller wand in my energy healing practice. Taking Lawrence’s words and teachings to heart, I let the crystal decide the best vibrational fit for the work at hand. The results speak for themselves.

I think Dr. Marcel Vogel would agree, its the power of intention, the integrity of the cutter and the cut, the energy transmitted from the heart, and the individual’s relationship with the crystal, that will ultimately determine the strength, the power, and the delivery by the true record keepers of our Earth. Choose a crystal wand to connect with a true natural element designed for holistic healing, and you will never regret the investment.