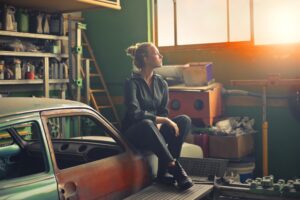 Beckie and I were cleaning out our garage on a beautiful fall day when we noticed a group of people gathering on the sidewalk beside the house. I went out and stood with the small crowd and turned to look in the same direction toward the side of our house to see what kind of spectacle was drawing the neighbors.

Our house has a terrain that rises to the second level. You can walk along the ground and reach a point where you can touch the overhang on the second story. There was a man and his two small boys hugging the house and walking up the steep terrain toward the upper corner. They were holding some grass and leaves in their hands.

A vine in that corner grows and up and over the roof in that area. On the vine was a flock of birds. There were at least thirty of the brightest golden birds I’ve ever seen. They had tan and 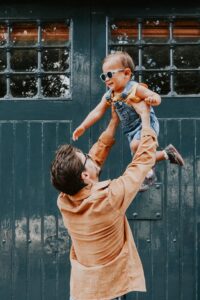 orange markings on their wings, but other than those sparse colors, they were a bright golden color like the Sun. The golden birds were somewhere in between a Mockingbird and a small hawk. The birds were just hopping around the vine like birds will. (lol)

The young man and his two boys made it to the top of the mound and reached out with their fall bounty to feed the birds. When the humans approached, they showed no fear. The ones that were the closest to the approaching three males puffed their bodies, similar to a male Grackle, in a display of golden light that said ‘I’m beautiful and unafraid’. The birds took turns grabbing the foliage from the hands of the man and his children, as the father alternated lifting the boys so that they could feed these lions with wings.

I moseyed back into the garage to continue my cleaning and when I came back out, the crowd was gone but the man and his boys were on the side of the garage pulling leaves from the shrubs. I stood next to them for a few minutes and watched as they nearly stripped the bushes to add to their already large piles. I finally spoke up. “I think you have enough.”

The man looked up and said “You’ve got plenty.” 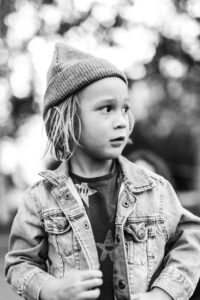 So I sat down next to him and the boys and leaned in to his face and said. “Look, you came onto my property and now you’re stripping my shrubs. I think you have plenty to feed the birds.” I was aggressive but kind. He nodded and got up with his pile of leaves. One of the boys followed, but the other one just sat there looking at the ground. He would pick up a leaf and throw it onto the pile. There was a sadness surrounding his demeanor. The boy looked to be about five or six-years old.

I moved closer to face him and he looked up and said. “My Aunt just died.”

“I’m so sorry.” I said. I seemed to know that he was referring to his father’s sister and that she was a younger woman.

“I really miss her.” He said looking into my eyes. His eyes filled with tears. I could see and feel the pain he was going through over the loss. 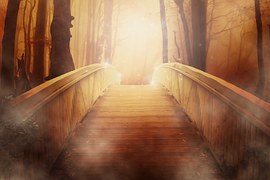 I wanted to comfort him but all I could say was, “We just had a loss too, so I know how you feel.” Then I became a little teary as we stared into each other’s eyes.

Our eyes remained locked as we simultaneously reached out to each other with a warm embrace. We held each other for what seemed like a VERY long time.

Holding him in my arms, I felt a love like I have never known between two complete strangers who simply reached out with a willingness to share a brief moment in each others lives. I held his head close to my heart and looked up to see the flock of birds. Each bird expanded in that moment until there was nothing but one large golden light as bright as the Sun.

Then I woke up.

This was a lucid dream. It was 2 in the morning and I was looking at the ceiling of my bedroom the entire time. Fell back asleep and when I woke, I could still feel being touched by the boy’s spirit of love.

As part of may eulogy, I asked Alyssa to show me the love and felt she was somehow 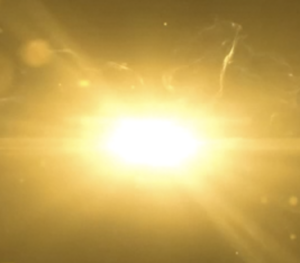 participating in my experience. The Sun is representative of the illumination of the mind and spirit. To dream of gazing at the sun means you are looking for answers and trying to gain wisdom. Jesus, in the Christian tradition, is the Son of God and like the sun, is the Light of the World. The father lifting the boys seemed significant as I searched for an explanation of my vivid and intense dream. Matthew, as one reader pointed out, means a gift from God.

Birds in a dream represent the human soul, so perhaps she was letting me know she was with her ancestors and in the Light. I thought about Landen and those who were missing her and although I cannot explain what was happening, the loving embrace has remained with me throughout the morning.

As I have browsed Facebook, Twitter, Next Door, and other social media platforms over the last week, I have seen a lot of mean-spirited projections over everything from Christmas lights to election results. I think we all need more loving embraces, I know I do.