It was the fall of 2012 when a worried mother brought her 7-year-old for session with an intuitive reader and energy healer. This was the first time I met Hart. I could tell by that familiar facial expression that Suzanne was questioning her judgment as a mother. Her look of desperation was not uncommon in my practice. She soon revealed that it was a three month wait to get her son in to see a psychiatrist and could not wait to get some help for her son. On the edge of her seat, it was obvious she was ready to grab him and bolt for the door at the first sign of anything that seemed inappropriate or harmful to her only child.

When I asked her share what brought her in, Suzanne described an unusual issue that was occurring. It soon became obvious that Hart was experiencing a phenomenon. According to Suzanne, it all began one day when they were driving the roads of Austin and Hart started having visions. He became very animated with the images forming in his mind. Outside the car window 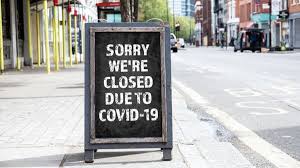 was his vision as he described in vivid detail. Hart was very convincing as he conveyed the images to his perplexed mother. He saw that people were hiding in their homes and getting sick. All the restaurants and business were closed. The schools were closed too, which seemed the most alarming to Hart. He told her they needed to go to the mountains because it was the only place they would be safe. If they didn’t go now, one of them would not make it. He was referring to one of the three in their immediate family, which included himself, his mother, and his father. He was also referring to their survival.

The worry had not subsided with Hart since he had continued to insist they leave immediately to save their lives. I could still see the pain on his face while his mother shared their story to a complete stranger. In my work, I was no stranger to people, sometimes children, having unusual experiences. My goal is to help a child feel safe in a judgment free zone, then try to get myself on their level in order to open the child to communicating their fears and desires. Any session work has to be on their terms, or they will shut down. I asked if he would mind sharing with me some more details about his experience.

Hart would wring his hands as he spoke, expressing the same story his mother had communicated. “people are getting sick and they can’t leave their house. The schools and all the restaurants are closed. So are the businesses. We aren’t safe unless wet go to the mountains.” Hart expressed with his large blue eyes that relayed a high level of concern.

Suzanne said they had a place in Montana that Hart was referencing. It was a family vacation home which he loved, so she wasn’t sure if this was his way of getting them to go. Yet his story was compelling and it was obvious he believed in what he was seeing.

I asked Hart what made him think one of them wouldn’t make it?

He said, “There is a darkness on one side of my heart and a green light on the other side. The dark area is growing every day. When the darkness takes over the light, I will not be her anymore.” 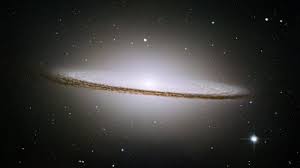 “On a rocket ship.” he replied.

“Where will the rocket ship take you? I inquired like a curious child.

“Your probably right,” I said with a smile. “Tell me something Hart. Why do you wring your hands like that?”

He didn’t even have to think about it. Hart was clear with his answer. “This is the way I talk to God.”

I didn’t get the sense this was a psychosis when speaking with Hart, or I would have ended the session and suggested the psychiatrist. It was quite the contrary. I felt this was innocent and pure, with a dash of mystery added to the story. So I continued with our session and began to perform a reading and energy assessment. I proceeded with my own invocation to spirit using the more traditional method of prayer. Then I asked for divine light to illuminate the truth in this matter.

Everything he says is the truth were the whispers from spirit that day, which was a shocking revelation. 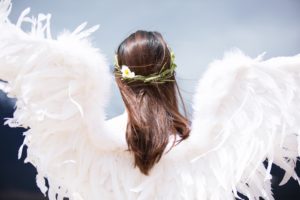 In an attempt to understand, I asked my spirit guides if Hart was seeing a future event? The answer I received was resounding yes. My training led me to question the timeline, so I continued with my conversation with spirit in the silence of the room. Suzanne and Hart sat watching me with eager anticipation.

What is Hart seeing? A pandemic

Can you tell me more. There will be a virus released by humans in the future.

Is it a virus made by humans? No.

Will it be intentionally released? No, it will be an accident.

When will this happen? In seventy years.

Hart is seeing prophecy? Yes, the virus will spread across the globe and there will be no defense. People will hide in their homes and many will get sick and die. Businesses and schools will close in an attempt to limit the spread of the airborne threat.

How many people will die? 2 billion 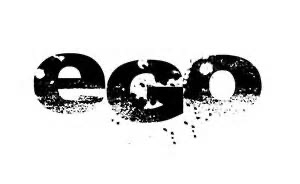 I shared some of this with Hart and his mother, trying to explain the way vibrations of the future can be felt and interpreted. It is common for intuitive readers to gain accurate information, yet be a little off on the timeline which ultimately affects the outcome or information. Ego gets involved with intuitive readings, but with Hart, there was little in the way of ego. I assured Hart his connection to God was anchored in the truth and he could trust his instincts. He simply did not know the timeline of the potential future events.

The way I helped him feel safe was to tell him he would be very old when any of this might happen, and that future events could change. I encouraged Hart to trust his gifts and to trust God, but to try not to worry about the future.

This began a relationship with a bond of trust between us that day. I continued to work with Hart for the next few years, helping him nurture his gifts with understanding, compassion, and acceptance. Like most children, he matured and grew away from the need to talk about his issues in a formal manner.

Years past with infrequent contact with Hart and Suzanne before she contacted me for an appointment in March of 2020. She asked me if I remembered that first session with Hart, to which I replied “Of course I do.”

She reminded me that I told Hart his visions were that of a future pandemic, and the timeline I gave was seventy years. She asked if I realized the pandemic began seven years after that session. I admitted not putting that aspect together. She told me driving around Austin during the stay at home orders, brought back a flood of memories from 2012 and Hart’s experience. Suzanne also shared that Hart was now living the life of an average 14-year-old, who liked animals, roping, school, and his girlfriend. He never mentioned his early childhood experiences and definitely did not want to talk about intuition. Perhaps the trauma which occurred while using his gifts had served to block tat side of him. 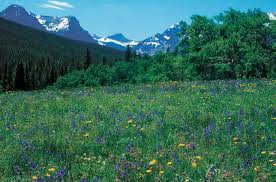 It struck her as odd when she looked out the window of their home and saw Hart unloading the horse trailer then sweeping it out. When she asked what he was doing, Hart said they needed to load the trailer and head for the mountains. That’s when she thought of me and scheduled a session. She took his reaction in stride and tried to play it down, but found it odd he was so willing to leave school, his girlfriend, and his other interests to simply load their belongings and leave.

Her question to me was “Is it time for us to go?”

I told her she should give it a few weeks to see if the school was going to reopen before they left. This seemed to relieve some stress and she said she would let me know what they decided. Suzanne, Hart, and her husband left for Montana a few weeks later to remain far removed from the exploding number of COVID virus cases in Austin.

As she left, she turned to ask “What about the two billion people? Do you think you might have been off a digit on that prediction too?”

“I certainly hope so.” was my answer.

Did you experience childhood prophecy? Leave a comment and tell us about it.