Afraid of Me? - Dark Force Energy - The IEL Institute for the Spiritual Arts
Skip to content

The young female client spoke with a little girl voice that matched her youthful looks and tiny frame. She seemed like the sweetest person and was working in the medical field of dentistry. Her energetic issue had begun a year ago when she walked into her boyfriend’s house to find him dead from a self-inflicted gunshot wound. In that moment, she felt as if something jumped inside her body and had controlled her in some way ever since. 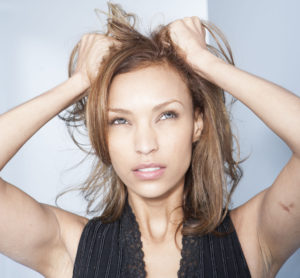 She would uncontrollably hit herself while out with friends socializing. She would laugh hysterically at inappropriate times. Her body would contort without warning. There was voice inside that spoke in a male tone with information about her that no one else could possibly know. The voice had intelligence and often demeaned her with harsh language. All of these things slowly took control of her life, leaving her the victim of an unseen enemy.

She shared that the voice could be very loving and even helpful at times. This added to the confusion around what was happening to her. The energetic interference never showed up at work, so she was able to maintain steady employment while dealing with the intense disturbance within. It seemed like the overall intent behind this energy, was to undermine love at all costs.

As we moved over to the light table and she prepared for treatment, I casually asked if she had a boyfriend. She turned her head to look at me and I watched as her eyes turned bright red. Her voice spoke with a low demonic tone that would make the hair stand up all over your body. “I wish somebody would f _ _ k her, she is such a stupid c _ _ t”, she said. Amazingly, I had almost a non-reaction as we began the energy work. My reaction, or lack thereof, created my own personal grounding in the moment as to not be thrown off by the unusual experience. In that moment I had a flashback.

My mind traveled back to another place and another time, almost thirty years previous. I was a general contractor and working on a project that was a fairly extensive remodel. During negations, the homeowner revealed that there was a ghost in the house. They reportedly saw and spoke with the spirit on a regular basis, citing that the energy lived mostly in the attic. They were convinced that the spirit was that of the original home builder, who had died in the house before the current owners had purchased the property.

I found the story interesting, but wasn’t going to concern myself with it. Shortly after the project began, several people on the job site described ghost sightings and ghostly conversations. I started feeling a little left out. Why wouldn’t the ghost show itself and talk to me, after all, I was the general contractor and a kindred spirit? I decided to pose the question to the homeowners, who without hesitation informed me that the ghost had spoken and told them that he was afraid of me. I could not for the life of me figure that one out, since I had always seen myself as being very approachable.

Now I was seeing myself in the face of something very unusual, reacting calmly and without fear. What I was witnessing was the face of a Dark Force Energy. I studied the subject through the writings of Dr. William Baldwin, so the knowledge helps with remaining grounded in the presence of this dynamic, intelligent moving energy.

For the most part, I feel that this type of energy is rarely projected into another person. In the event that something like that did occur, the projection could be linked to black magic. Mostly, I feel this type of energetic disturbance emerges from the shadow side of the individual. When you consider what comes from the imagination, just think of what type of demon Stephen King could summon from his own mind (lol).

If the dark forces are created out of a person’s shadow side, you cannot remove that. Many people go from healer to healer, with each one telling a different story and most trying to remove the energy. Misidentification leads the way when it comes to the treatment of a Dark Force Energy. You can start to imagine what healers can do about such an imbalance, and every person that practices some sort of energy work will likely come across the dark forces. Dark force energies are responsible for more healers getting out of the business than most other causes. I have personally witnessed somewhere around one hundred healers, Reiki Masters, massage therapists, and people using all modalities leave their business behind. Just yesterday, I was informed a ‘John of God’ crystal bed operator was throwing in the towel.

It’s easy to understand when you consider getting an energy device without one ounce of instruction. This is part of what compelled me to create the IEL Institue for the Spiritual Arts training program. I will probably never teach the dark force information in a live event, mostly because the best teaching requires bringing in the energy to offer an experience. But it remains one of the most comprehensive sections the institute offers through the online platform.

The best thing any healer can do is arm themselves with information and establish a protocol to work with any type of dark force energy. If someone has no healthy boundaries in the physical world, they generally will not have them in the non-physical world. That’s one reason why the best healers carry strong boundaries, an established protocol, and the information that brings stability to any process.

This comprehensive study is recommended for the master healer that is having some experience with the dark forces. Understanding this subject can help ground the healer in a way that eliminates fear around one of the most misunderstood issues anyone will ever face. With details described in the writings of Dr. William Baldwin and The IEL Institute for the Spiritual Arts case studies, a clinical viewpoint takes the guesswork out of any encounter with this dynamic and sometimes devastating form of energy. Due to the nature of this course, it is not taught in a group setting.

Click here for the full description of the 6.3 Dark Force Energy online course