I have always loved animals and been blessed with enjoying special bonds to many different furry friends throughout my life. It was the summer of 1977 and I was working for the Humane Society of Austin. 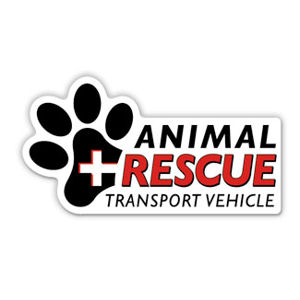 With my love for detective work, I had started working in the Animal Rescue department and was working toward my next position as an Animal Cruelty Investigator. The dog days of summer were cranking up the heat in Austin, when I answered the call to investigate a dog that had reportedly been hit by a car. I went to the address that the caller had given and saw nothing in the street, which wasn’t unusual. Animals that get hit by a vehicle can normally get themselves out of the street unless they are mortally injured.

I decided to get out of the truck and look around a bit, when I spotted a large pit bull looking anxiously from behind a backyard chainlink fence. As I approached, it was apparent that she was a female and she kept looking behind her as I approached. Once I got to the fence, she ran to the back of the yard and stood beside an even larger male pit bull that was laying in the grass. As my eyes focused on the body of the dog, I could see that one of his front legs was badly injured.

After getting no answer to knocking on the front door, the decision became immediately clear. Do I go inside the backyard, knowing how territorial pit bulls can be, or do I let the dog bleed to death? The look in both of their eyes was communicating one strong message. Please help me!

In all my time at the Humane Society, I was never bitten, scratched, or clawed. I dealt with some pretty pissed off raccoons, a mountain lion, some extremely wild cats, snakes, and once had a 400 pound leopard grab me around the waist, forcing me to pet him on his huge head! But I was always able to avoid conflict, which is rare for anyone that works with injured animals. Most of the employees suffered some injury while working at the shelter with animals. I wondered if today my luck would run out. 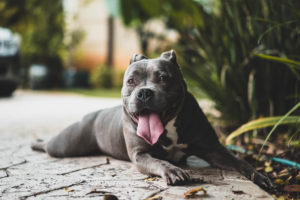 I decided to enter the back yard, so I began to speak to the pit bulls. I calmly told them I was going to enter their space in order to get the male and take him for treatment. I slowly opened the gate and closed it behind me as I moved toward the back of the yard. I approached the male as the female circled behind me. His leg was barely attached by a small amount of skin just below the shoulder. He probably weighed at least a hundred pounds, and the only way I could get him to the truck was to lift him gently into my outstretched arms.

Animals react to pain by biting, so I was hyper aware of the need for slow gentle movements. As I slid my arms underneath him and managed to slowly stand, there was no escaping the fact that his giant head would be right next to my face. He could have ripped my jugular vein right out of my neck, making the entire ordeal more than a little unnerving. But animals sense fear, so I remained calm throughout the process. By this time it was obvious that both dogs were in shock. I continued to speak in a reassuring voice to him and the female. I was able to get to the gate, open it and walk through, then close it behind me while holding the large dog in my arms. The female remained in the yard until I got the wounded pit bull to the truck and loaded into a compartment.

My next duty was to find a willing veterinarian close by, which I did. I went in and told them what had happened and they agreed to offer temporary treatment until the owner could be notified. I went back and 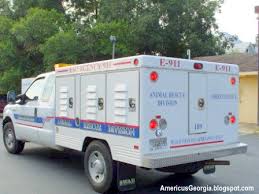 placed a note on the door of the house, notifying the owner where their beloved pet was and that they had been involved in an accident.

Later that evening, I got a call from the dog’s owner who wanted to thank me. He said the dogs had learned how to climb the fence and had been escaping of late. He also told me that the vet had been able to reattach the leg, mostly due to the fact that he had been rescued so quickly.

The owner then said he had one question for me “How did you do it?”

“How did you get him out of my back yard?” the owner asked.

“I walked in, lifted him up, and walked out the gate.” I said.

“What was the female doing?” He wanted to know.

“She was circling me as I removed the male.” I said.

“I don’t believe it.” He said. “I am not saying you’re lying to me. I’m just saying I can’t believe it. Prior to today, I would bet my life that no stranger could enter my back yard and leave in one piece.”

“I had quite a talk with them before I entered.” I told him. “They knew how serious the injury was and were smart enough to let me do what I needed to do.”

“You are either really stupid or really brave, maybe both, but I can never thank you enough for what you did.” The dog owner continued. “These dogs are members of my family, and I will be forever grateful.” 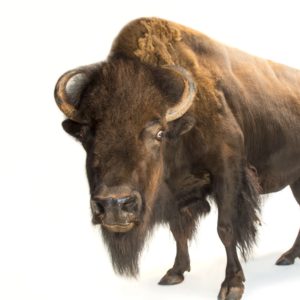 The point to this story is like humans, there is wordless communication occurring constantly between two energies that hold intelligence. Whether that communication is soul-to-soul, tapping into universal consciousness, reading vibrations, or something we can’t possibly understand, the means doesn’t have much bearing on the evidence provided by the result that can come with wordless communication. Having the awareness to communicate from the heart when the mind says it’s impossible, is one ingredient to creating the magic in the area of intuitive animal spirit communication.

Intuition is a heart energy and at the IEL Institute for Spiritual Arts, we strive to help people heighten their natural gifts with a willingness to explore the non-physical realms. In those dimensions, you will find angels, guides, masters, animals, plant spirits, and everything that holds the vibration of life in the Universe. All it takes is the willingness to communicate a message, the ability to quiet the mind long enough to hear the answer, and the curiosity to explore the outer regions of the non-physical dimensions.

Click for a full course description on the 2.1 Animal Spirits online course.