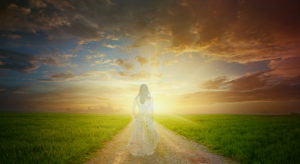 Most people are completely unaware that psychics and mediums were working in clinics and hospitals in the early 1900s, to help with what was perceived as a mental illness or mental disorder. They were helping doctors reach higher levels of discernment by using skilled intuitive individuals. When hypnotism fell out of favor with Dr. Sigmund Freud, the entire landscape of treating mental illness changed forever.

Those who had previously been diagnosed with an entity attachment, were now being labeled with Multiple Personality Disorder, Bi-Polar Disorder, and Schizophrenia. The history of Spirit Release goes back well beyond the birth of Christ, finding roots in the shamanic tribal healers of the ancient cultures. Many are surprised to find that Jesus used spirit release to achieve many of his healing miracles, as did other prominent figures in the history of our culture.

I found myself going to an Advanced Angel Therapy workshop with Doreen Virtue in Hawaii in 2008. The curriculum for that class was not released, and the event was part reunion and part spirit release teachings. I was more than a little surprised by the information being shared, but not as surprised as the moment I released a spirit from myself during the class! The experience was life changing in ways beyond description.

I returned home with a thirst to discover more about this type of therapy, and turned to Dr William Baldwin as the best modern source of information. He taught Spirit Releasement Therapy before his death in 2004, and his book became the definitive source of information, leading to the highest level of understanding with the subject. Now I was armed with the best of two worlds-a therapy taught by a clinical psychologist and one taught by a fourth generation metaphysician with a focus on angels.

As I began to work with the information, I found myself hitting the wall of my own beliefs time after time. Working in the mystery of things that cannot be seen, with information that defies logic under the constraint of a social religious paradigm, leaves a lot of room for ego-based thoughts and illusions (lol). As I struggled to know my place in this arena, I found solace in the whispers from an archangel name Michael. 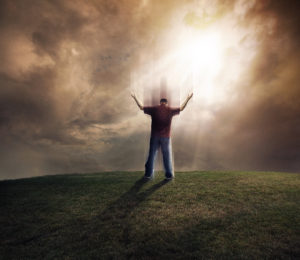 His message on one fateful day was for me to forget about crystals, oracle cards, singing bowls, my light table, and every method I employed to work with spirit attachments. Instead, he encouraged me to focus on the one thing that held the strongest evidence as a way to ground into my beliefs, which was the results. That message brought me to a place of peace and renewed focus.

This was incredibly important, given that 50% of my clients were suffering from some form of negative attachment that was an external source creating imbalances. As I grew in comfort with the information, I made an educational video with the blessings, help, and support of Dr Baldwin’s wife and partner Rev. Judith Baldwin. Once I turned my attention to the results, the evidence was without question. Clients started describing the incredibly positive changes that occurred in their lives following one spirit release session.

One documented case included the reversal of brain damage, which led an Austin neighborhood to declare the witnessing of a miracle. Healing a man of Sickle Cell Anemia and young woman of an auto immune illness within a few days, became the results that I focused on. The confidence in the information replaced the question of skills or the ruminations of what caused the issue.

Now there is the fulfillment that comes with teaching others and shattering the myths created by misconceptions, religious programming, and Hollywood movies. With the help of other conscious-minded individuals and advanced healers, we can build etheric ascension devices that assist in the healing of lost souls to bring wellness to a planet in peril. One of the most fulfilling activities anyone will ever experience, can be helping one human soul into the light of higher consciousness, for there is nothing that compares!

The IEL Institute for the Spiritual Arts is dedicated to building a community of conscious individuals who are stepping on the path of a true human being. The individuals who have held the courage to engage in this type of therapy, must be conscious of their own healing journey and ability to maintain the most stable energy. But those who qualify have maintained what I already know, which is that Spirit Release Therapy is an ancient practice that provides dramatically positive results to an imbalance that affects a large number of people who suffer from this form of an energetic illness.